Behind You is a horror film about the mysterious, ghostly things hidden behind the mirrors, one of the items that appear a lot in horror movies as a portal to the end. connection between the real world and the mystical spiritual world.

If you are a fan of the horror genre, surely many people have been obsessed with the story “Blood Mary” as one of the scariest folk legends and have caused a lot of obsessions for the 8x 9x generation. early life. And if you have also been obsessed with ghost stories about mirrors, the invisible world behind the glass or the evil spirits trapped in the mirror, the movie Devil’s Tunnel (Behind You) will be one of the choices. Choose the most suitable for you this August. Let ‘s learn about the content of the movie Devil’s Dungeon with Salenhanh

Behind You movie review

Devil’s Vault is a film revolving around the story of two sisters Olivia (Addy Miller) and sister Claire (Elizabeth Birkner). After the sudden death of her mother, Claire gradually becomes more taciturn and does not like to communicate with everyone around except her stuffed animal, while Olivia is stronger and always finds ways to help her sister. Girl Claire overcomes sadness. 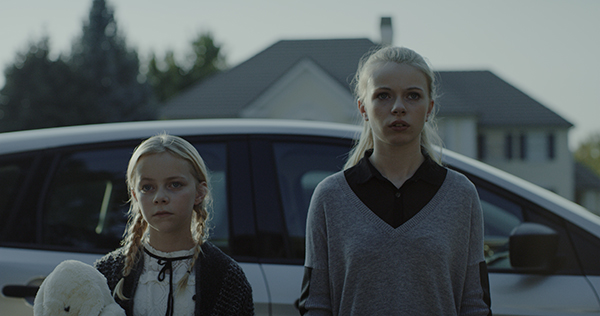 Mother died, father was stuck on a business trip abroad and could not return, the two sisters were forced to move in with their aunt Beth (Jan Bronberg). However, despite being a family member, Aunt Beth doesn’t seem to really want the presence of both sisters and makes strange prohibitions that the two sisters must follow, including not Get to the basement and ignore the sounds you hear at night. It didn’t stop there when they realized that Aunt Beth’s house didn’t have any mirrors or they were all covered in a strange way. Fortunately for them, a friendly neighbor, Charles (Philip Brodie), is often on hand to lighten the mood. 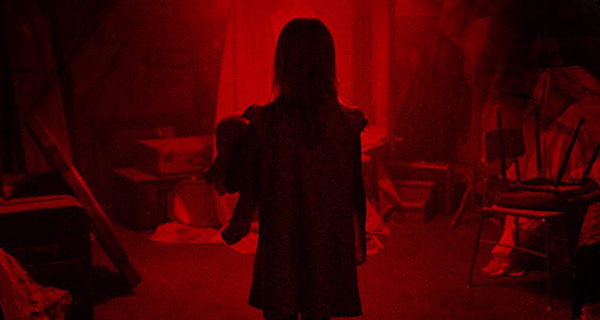 Things took a turn for the worse when Claire, who was so traumatized by her mother’s death that she only talked through her stuffed rabbit, ignored her aunt’s warnings, put her feet down. Basement. Here Claire stumbles across a mirror, where magical words appear in the dust, words that seem to come from her mother and that’s why Claire decides to open the mirror. However, it was not Claire’s mother, but an evil spirit who lured her to be able to break the seal and return to earth.

She accidentally frees an evil spirit that haunted her mother and aunt Beth many years ago. From here, a series of horrifying events began to take place. Will the sisters be safe after having freed my evil spirit, why is the demon related to Aunt Beth and Olivia and Claire’s mother? Please go to the nearest cinemas from August 19 to find yourself the most accurate answer! 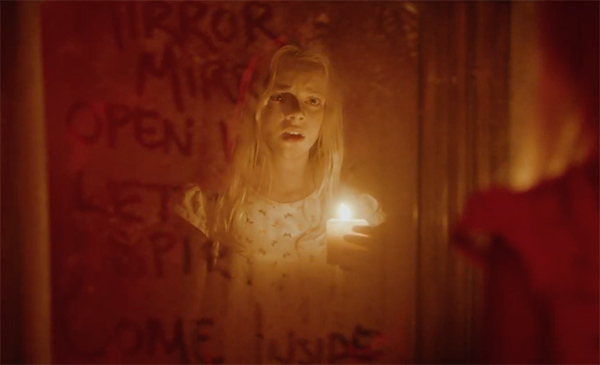 In general, Devil’s Dungeon is a movie with not too new content and when watching the movie, I keep thinking about many horror movies I’ve seen with the motif of moving to a new house and encountering ghost forces outside. inside the house. Recently, the movie Bloody Room also has the same content, if you have watched both movies, you will see that the situation is quite similar.

Although it is labeled an 18+ movie, the scare scenes are too light and don’t really make me feel scared, maybe it’s just the dark, dark space that surrounds the movie, bringing a sense of tension and tension. somewhat magical. Unfortunately, the dark scenes take place too much and there are no climactic and heart-pounding scenes, so viewers will feel more bland. The sound also did not really impress me, the emotions of the actors in the scenes did not create much emotion for the viewers. However, overall, Devil’s Vault is still not a bad choice for horror movie fans this August.

Trailer of the movie Devil’s Dungeon