Naomie Harris is an English actress. Film fans may know her from the character Tia Dalma in Pirates of the Caribbean and also Moneypenny in the James Bond movies.

Her acting skills also earned her a Best Supporting Actress Oscar nomination for her character in the movie Moonlight. 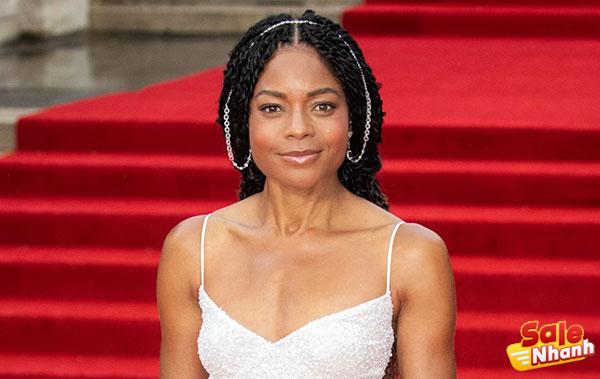 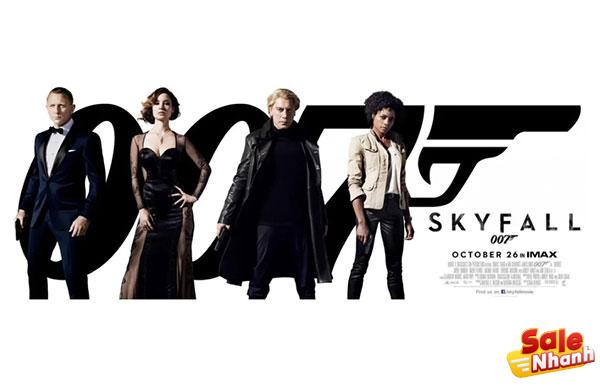 James Bond (Daniel Craig) is with Eve Moneypenny (Naomie Harris) in Turkey on a mission. They are after Patrice (Ola Rapace), who stole a flash drive containing the names of the agents.

Bond, who was declared dead on his mission, survived. After returning safely, Bond is ordered by M (Judi Dench) to return to chase Patrice in Shanghai.

Currently, the position of M is being questioned after the failure of the mission. In addition, M also has to confront a former agent who wants to take revenge on him. 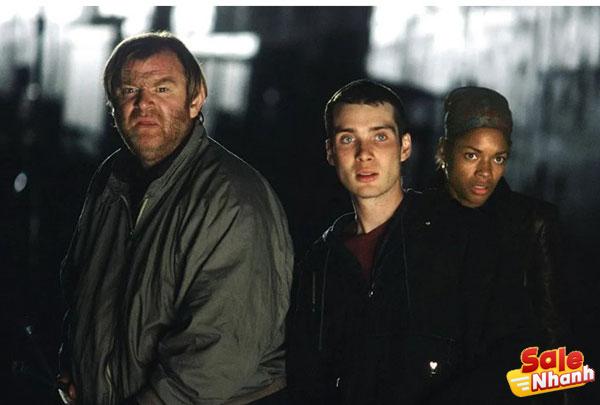 Animal rights activists attempt to release a chimpanzee that was the subject of an experiment. They don’t know if their actions will lead to a major disaster.

28 days after the incident, a man named Jim (Cillian Murphy) wakes up from a coma. He saw the ravaged city of London that had been abandoned by its inhabitants.

He entered a church that turned out to be full of people who had been infected with the chimpanzee virus. They tried to kill him.

He is fortunate to be saved by Selena (Naomie Harris) and Mark (Noah Huntley). Both of them told of the horrors of what had happened in the city of London. Surviving is the only way they have to. 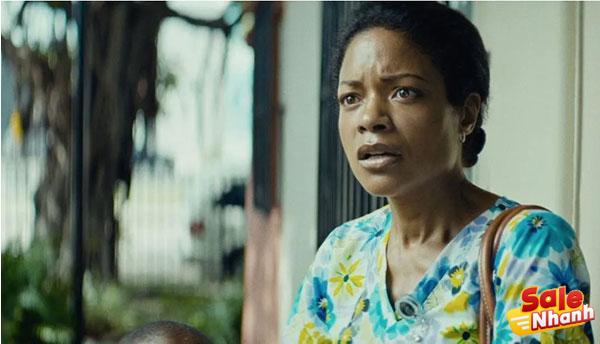 Moonlight tells the story of three stages in the life of a man named Chiron. When Chiron (Alex R. Hibbert) was a child, he was closer to a drug dealer named Juan (Mahershala Ali) than to his biological mother.

His mother, Paula (Naomie Harris), often ignores Chiron, so he is often bullied from his schoolmates.

When Chiron (Ashton Sanders) was a teenager, he began to have a friend named Kevin (Jaden Piner). Even as a teenager, he experienced bullying from friends until one day he had to face the police for hitting his bullies.

When Chiron (Trevante Rhodes) grew up, he became a drug dealer. He is reunited with his mother and old friends. 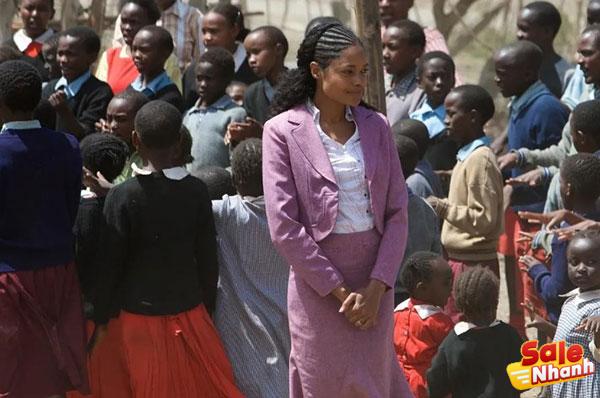 The First Grader is a movie that shows the struggle of an 84-year-old man named Maruge (Oliver Litondo) to get an education.

In the past, Maruge was a veteran of the liberation of Kenya from British colonialism. When the city opened up the opportunity to go to school, Maruge also signed up.

But it is not easy for Maruge to get an education in old age. He received rejection from both the school and his parents. However, he did not give up.

He still goes to school even though he is always banned by a teacher named Obinchu (Naomie Harris). But in the end, Obinchu gave Maruge a chance to get an education. 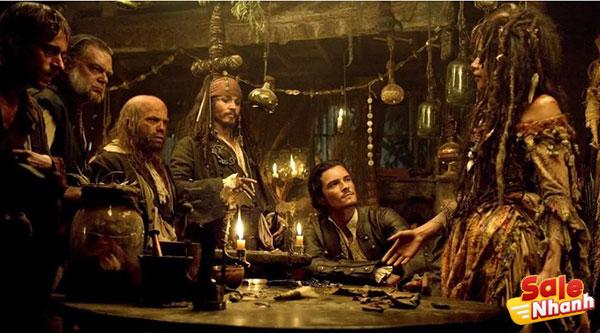 Pirates of the Caribbean: Dead Man’s Chest tells the story of Will Turner (Orlando Bloom) and Elizabeth Swan (Keira Knightley), who fail to get married.

Sparrow himself also has trouble with Davy Jones (Bill Nighy), it is the debt to revive the ship Black Pearl from the sea.

In this film, Naomie Harris plays Tia Dalma. He is a mage, where Jack and Will inquire about the whereabouts of a key to open the chest containing Davy Jones’ heart. 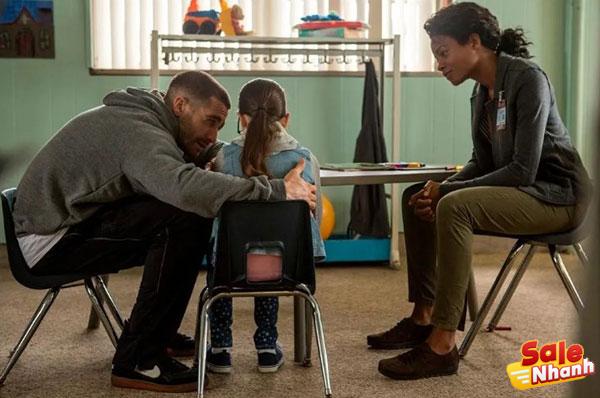 Billy Hope (Jake Gyllenhaal) is a great boxer and never loses. But he became depressed after the death of his wife. He left the boxing career he had long pioneered.

He returns to boxing with the help of Tick Wills (Forest Whitaker), a former boxer turned trainer for amateur boxers.

In this film, Naomie Harris plays Angela Rivera, a social service worker who adopted her child when Billy was said to be unable to care for her.

No Time to Die 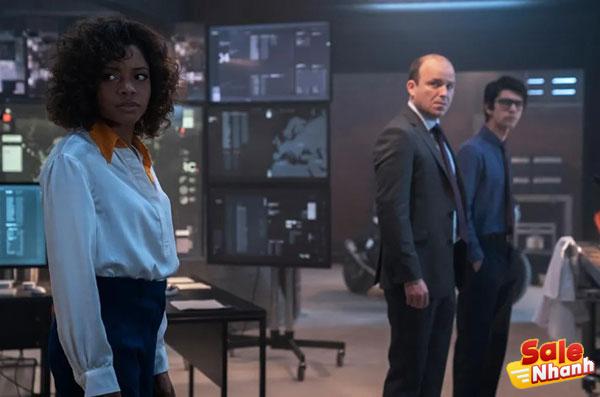 This James Bond film (Daniel Craig) tells the story of an attempt to rescue a kidnapped scientist. Bond enjoys a relaxing time in Jamaica.

Peace does not last long when Felix Leiter (Jeffrey Wright), his old friend, a former CIA member, calls and asks him for help.

The kidnapped scientist is named Valdo Obruchev (David Dencik), he has developed a biological weapon with the project name Heracles.

This Bond rescue mission turns out to be more dangerous than imagined. In this Bond movie, Naomie Harris is still playing Moneypenny’s agent. 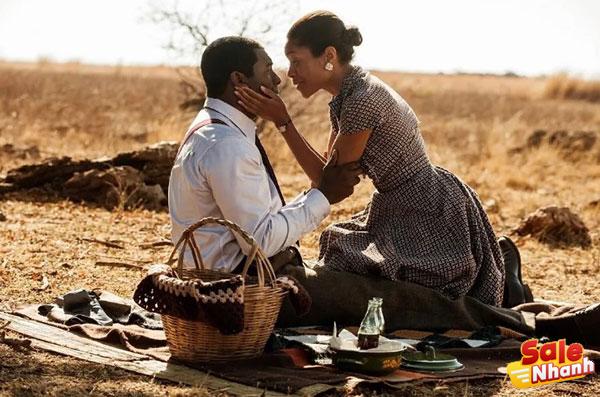 The film Mandela: Long Walk To Freedom is a film about the life journey of Nelson Mandela (Idris Elba) from a child, becoming a lawyer to becoming President.

Mandela fought against the apartheid political system by participating in the African National Congress. His active activities make him feel life behind bars.

But even though he was sent to prison, that did not shake his intention to eradicate racist politics in his country. His wife Winnie (Naomie Harris) suffered while Mandela was in prison.

Prison did not stop Mandela from continuing to fight. Even after his release from prison, he continued to fight for the peace of the South African people.

Pirates of The Caribbean: At World’s End 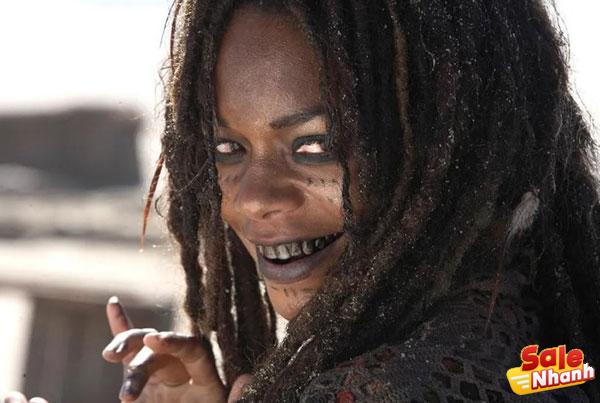 They will now set sail with a new captain, Captain Barbossa (Geoffrey Rush). Captain Barbossa who died in the first episode was brought back to life by the magician Tia Dalma (Naomie Harris).

After Captain Jack Sparrow survives, they must prepare to fight Davy Jones (Bill Nighy) in cooperation with Lord Cutler Beckett (Tom Hollander). Jack and his crew tried to work with all the pirates in the world to fight Davy Jones. 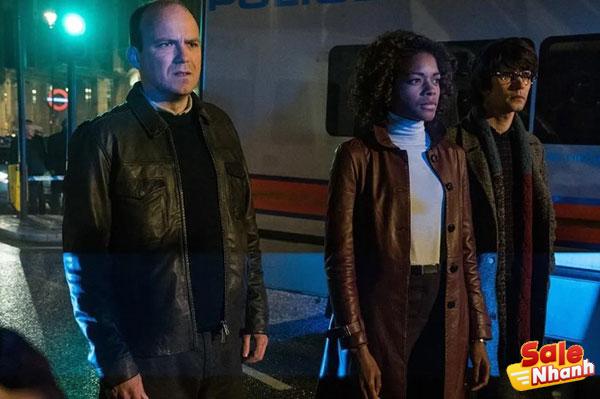 Specter is a James Bond movie that tells the story of James Bond (Daniel Craig) who goes on a mission after receiving a message from the old M.

His mission then continued to Rome. He plans to infiltrate a meeting of a secret organization called SPECTER.

Bond enlists the help of Q (Ben Whishaw) and Eve Moneypenny (Naomie Harris) to find Dr. Madeleine Swann (Lea Seydoux). Swann is the son of his archenemy, who has a clue about the SPECTER organization.

Well, those are some of the best movies starring Naomie Harris. His great acting is sure to keep the audience entertained.