Baeksang Arts Awards is an annual award of IS PLUS Corp since 1965. This award is given to those who are active in the Korean entertainment industry such as film, television and theater.

This fantasy historical drama is adapted from the novel of the same name by Jung Eun-gwol. The story tells the heartbreaking love story between the fictional king of the Joseon Dynasty and an intelligent maidservant 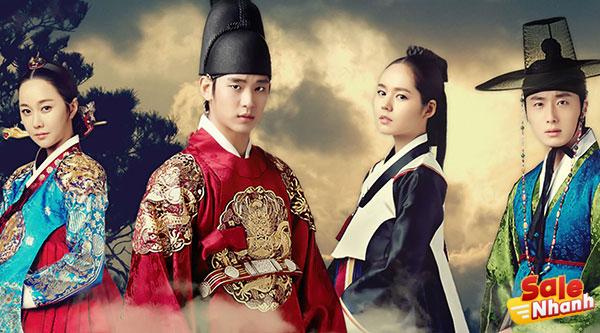 One day, Crown Prince Lee Hwon accidentally meets teenager Heo Yeon Woo (Kim Yoo Jung). Yeon Woo is a beautiful, intelligent girl, the daughter of an official in the palace. Unlike most girls of his time, Yeon Woo loves to read and is very knowledgeable. By fate, the first time they met, they fell in love. Long before Yeon Woo was born into the world, a palace fortune teller saw a futuristic picture that Yeon Woo was destined to become queen. But the fortune teller was sentenced to death due to the barbaric slanders perpetrated against him at the time.

Not only that, Yeon Woo was also poisoned to lose his memory for a long time and then returned to the palace in a completely different identity. Whether she and the crown prince can get together or everything will once again be a tragedy, watch the movie now to get the answer.

This 20-episode drama is directed by Kim Do-hoon and Lee Seong-jun, and starring Kim Soo-hyun, Han Ga-in, Jung Il-woo, and Kim Min-Seo. Moon Embracing The Sun was broadcast by MBC with the highest rating of 42.2%. You can watch it on Netflix

This is the tense horror film of the country of ginseng released in 2008 that dominated the box office ladder in Korea at that time, and amazingly this film surpassed the Hollywood films that also debuted. at the same time as JUMPER , VANTAGE POINT and 27 DRESS . Even better, this is the directorial debut of Na Hong-jin. The story follows Eom Joong-hoo, a former detective who is now working as a pimp. Initially, his business was quite smooth until one day he faced a huge financial loss because many of his subordinate girls disappeared without being able to pay their debts.

One night, he received a phone call from a customer. Since there are not many girls left, Joong-hoo sends Mi-jin (Yong-hee) a girl who is having health problems. However, Mi-jin, who is having financial difficulties, has to fulfill Eom Joong-hoo’s request to meet the guests.

Things gradually spiral out of control when Joong-hoo begins to realize that the customer’s phone number is the last number he receives before the girls disappear without a trace. Worried for Mi-jin’s safety, the pimp decides to investigate and find a way to arrest Jae Yeong-min (Jeong-woo), who is suspected of being the culprit. However, starting from that arrest, the former policeman will really face the most complicated criminal case of his life, where in addition to still having to find Mi-jin’s whereabouts, he will must face the most brutal serial killer character he has ever met.

Although there are not many big stars, this thriller still received a high rating, 22.1% for the final episode.

The quality of this film lies in its tight and well-structured plot, solid director, and cast’s acting skills. This 16-episode drama airs on SBS. Good Doctor tells the story of a pediatric surgeon, Park Shi-on (played by Joo Won). Shi-on has savant syndrome or a developmental disability.

An event causes Shi-on to become close to Doctor Choi Woo-seok (Cheon Ho-jin). Doctor Choi realizes that Shi-on is a special child, so he gradually turns Shi-on into a surgeon.

In addition to being the best drama at the BaekSang Arts Awards, Good Doctor also received several other awards.

Joo Won won the Best Actor award at the KBS Drama Awards. His performance with Moon Chae-woon also earned them the title of Best Couple in the same event.

Heard It Through The Grapevine (2015)

The movie “Heard It Through the Grapevine” is an interesting comedy that tells the story of a famous family suddenly shaken by a hurricane, when the child is in trouble for feeding his classmates. . 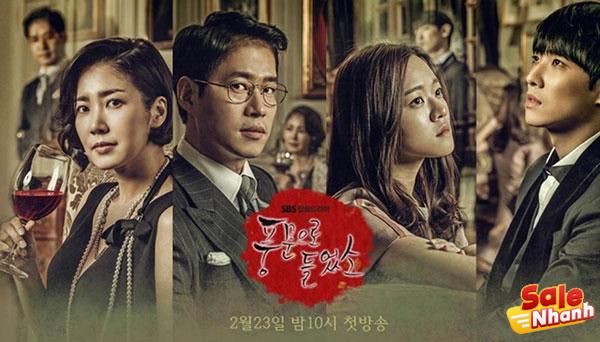 Choi Yun Hee and Han Jung Ho are a famous and rich couple, one day everyone’s view of them changed 180 degrees, because their son married an ordinary girl. she is Seo Bom, an ordinary girl determined to overcome humiliation and family disapproval, just for the future of her children, while Han Sang In, struggles between her love for for Seo Bom and high expectations for her family. Meanwhile Choi Yun Hee and Han Jung Ho are faced with a difficult choice because their son marries a girl they never expected that the whole story will turn out like? Please watch to know more about the content of the movie

This drama airs on SBS and Yidio with a duration of 30 episodes. The stars are Yoo Jun-sang, Yoo Ho-jeong, Go Ah-sung, and Lee Joon.

Descendants of the Sun is a popular 2016 Korean drama. This Korean drama is played by Song Joong Ki who has just turned 36 years old on September 19, 2021. 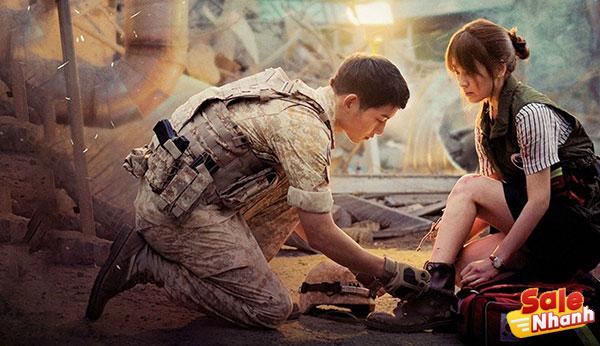 In the movie Descendants of the Sun, which tells the love story of a soldier played by Song Joong Ki as Captain Yoo Si-jin, with a female medic played by Song Hye Kyo as doctor Kang Mo-yeon.

This film succeeded in making the audience flutter because of the action sequences of the Song-Song couple. Thanks to that, the drama “Descendants of the Sun” was able to achieve 14% rating in the first episode and continued to increase to 30% in the 3rd episode, until it reached 38.8% in the final episode. Watch the movie synopsis Descendants of the Sun: 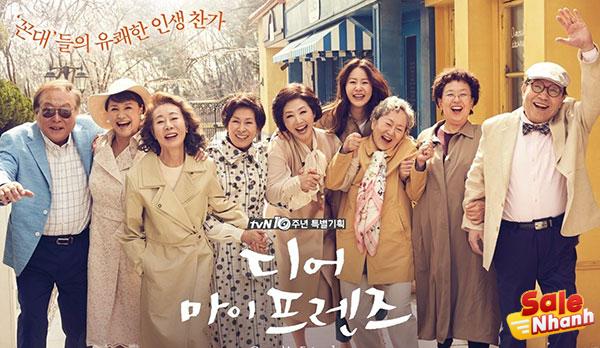 Aired by tvN and Netflix with a duration of 16 episodes. The film tells the story of young people in their golden years befriending older people.

This movie, along with other actors, stars Ko Hyun-jung, Zo In-sung, Kim Hye-ja, and Na Moon-hee. 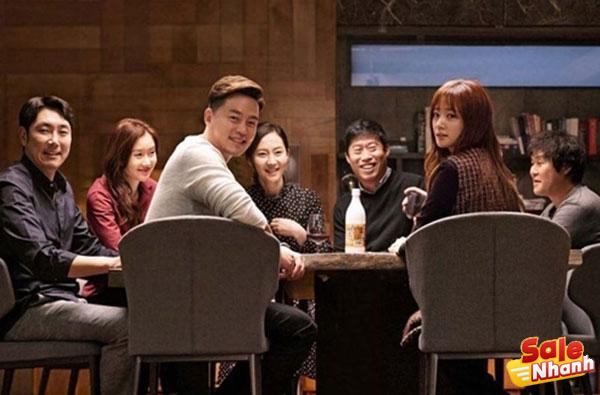 This movie was written by Lee Soo-yeon, who was inspired by the Korean proverb “We can’t rule those who don’t want anything”. The story is about a prosecutor who is very sensitive to sound. After the surgery, he lost his empathy and social skills.

The series can be watched on tvN and Netflix, starring Cho Seung-woo, Bae Doona and Lee Joon-hyuk. This series spanned two seasons. 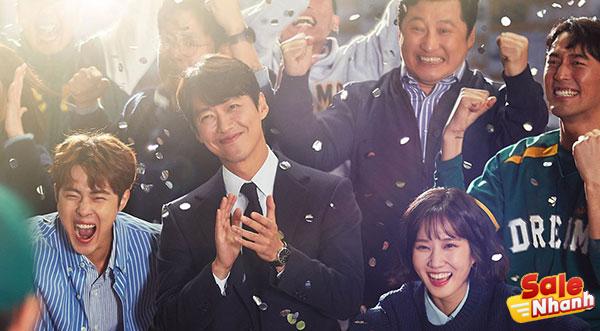 Hot Stove League not only won the best drama but also helped Namkoong Min win the first Grand Prize (Daesang) at the SBS Drama Awards. In addition to him, this movie also stars Park Eun-bin, Oh Jung-se, and Jo Byeong-kyu.

This film tells the story of a baseball team manager’s struggles in taking his team from bottom of the table to on-court success. 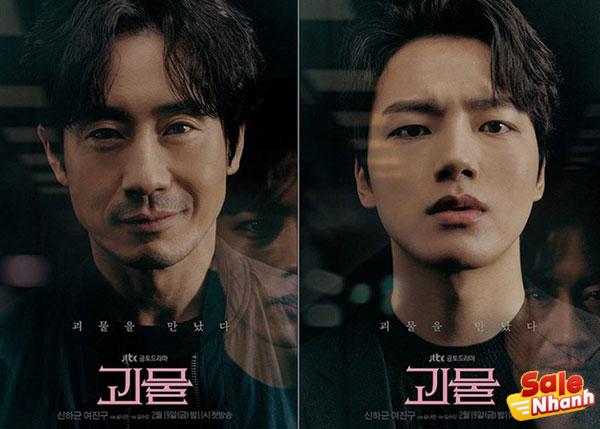 Beyond Evil tells the story of two fearless policemen from the Manyang police station of the Munju police station (located in western Gyeonggi province). They are Lee Dong-sik (Shin Ha-kyun) and Han Joo-won (Yeo Jin-goo) who broke the law to catch a serial killer.